Going Vegan in 2015: Making the Transition 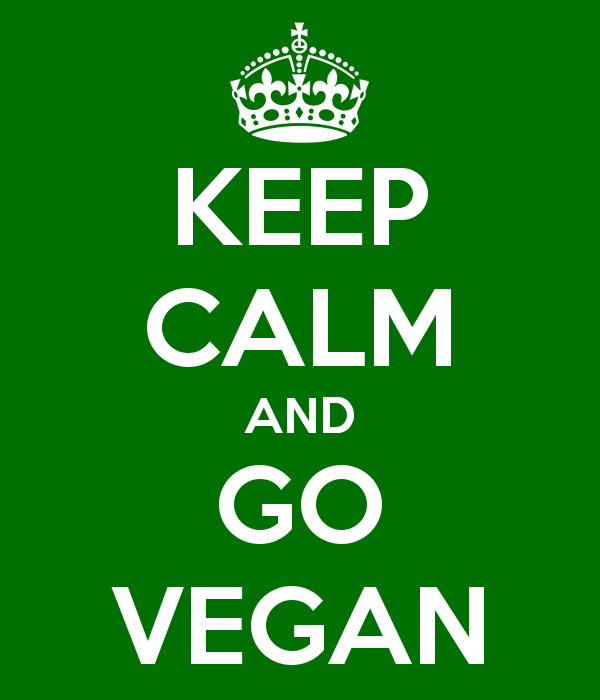 In my second installment of the series Going Vegan in 2015, I'm going to look at how one gets started with the transition toward veganism. Sure there are some people who can make the switch overnight - go cold turkey, so to speak. But for me, as I mentioned in Making the Choice, the transition has been building for some time and the final push was spread over two months.

It's okay to set deadlines and eliminate products gradually if need be.

As you know the elimination of poultry and fish (the last "meats" I was eating) back in December was fairly simple.  I did partake in my mother's Italian seafood feast on Christmas Eve because I am realistic and know that I am the type of person that needs to find my own path.  But, in my defense, the holidays aren't exactly a good time to alter any lifestyle or diet - especially so drastically.  So I allowed myself some slack.

By January 1, however, all meat along with dairy and eggs were eliminated with one final exception. I still couldn't give up the creamer in my coffee.  The good news was my coffee machine broke at the same time (how's that for an omen) and, therefore, so did my coffee intake - creamer and all.  Still, I set a deadline of January 31, for the last time I can indulge in cream in my coffee.  In the meantime, I experimented with different options such as soy, almond, and coconut milks.  It took me a while to find an alternative I love as much as half and half, but while experimenting I discovered that all of a sudden my morning cup of coffee wasn't as important.  Even more fascinating, was that when I did indulge in dairy creamer in those final weeks, my stomach felt a bit queasy afterwards - just another reason why coffee became less of a necessity for me.

I have since discovered cashew milk - my new favorite dairy substitute for my coffee!!

Eliminating the obvious was easy. However, becoming vegan means you will have to educate yourself on names of ingredients that you never had to consider before. For example, if a product says dairy free but then casein is listed as an ingredient - it's not dairy free. This can be very frustrating.  I've also learned that to be labeled vegan, the product must be processed in a facility where there is no risk of cross-contamination with animal products. The whole world of labels is a massive topic and probably one for a separate post. But use your transition time to learn some basics regarding ingredients and labeling. There are some useful apps out there, too, like Animal-Free available on Android and Apple, so check them out! You might be surprised to learn that some items on your menu are not vegan despite appearing to be. For instance, my shocker was wine!  How is that not vegan??!!  Well, apparently they strain the wine through animal-based filters. Seriously?  Needless to say, I haven't had wine since the holidays either.

Anyone want to suggest a tasty vegan wine?

The key is to find vegan versions of your favorite foods and the first few months is a perfect time  to explore what's out there.  The chart above gives some substitution ideas.  It's also helpful to refer to vegan websites and join a Google+ vegan community for tips and recipes. This is especially helpful if you don't have any vegan friends you can easily access for information.


For those of you who may be interested in learning more about the benefits of veganism, I suggest you check out Gary Yourofsky's website.  He doesn't sugar-coat the statistics and health risks involved with eating animal products. I will warn you that some of the material is graphic.  However, these are the images that keep me on the right track, because I cannot stand the cruelty that lies in the animal food industry.  On the rare days I do look longingly at a piece of cheese (which, honestly, hasn't happened as much as I thought it would) I just have to recall the horrific reality of the so-called life and brutal death of these animals and the craving passes immediately.  Going vegan means finding your own motivations. Once you've discovered the "why" the "how" is easy.

As always, I encourage comments and suggestions particularly from current and former vegans.

For more articles in this series, visit Going Vegan in 2015.

P.S. International Normalized Ratio (INR) is a blood test that measures the time it takes for blood to clot. Learn more about what an INR blood test result means for you by going to this article from our sponsor, INRTracker, or this wikipedia link.