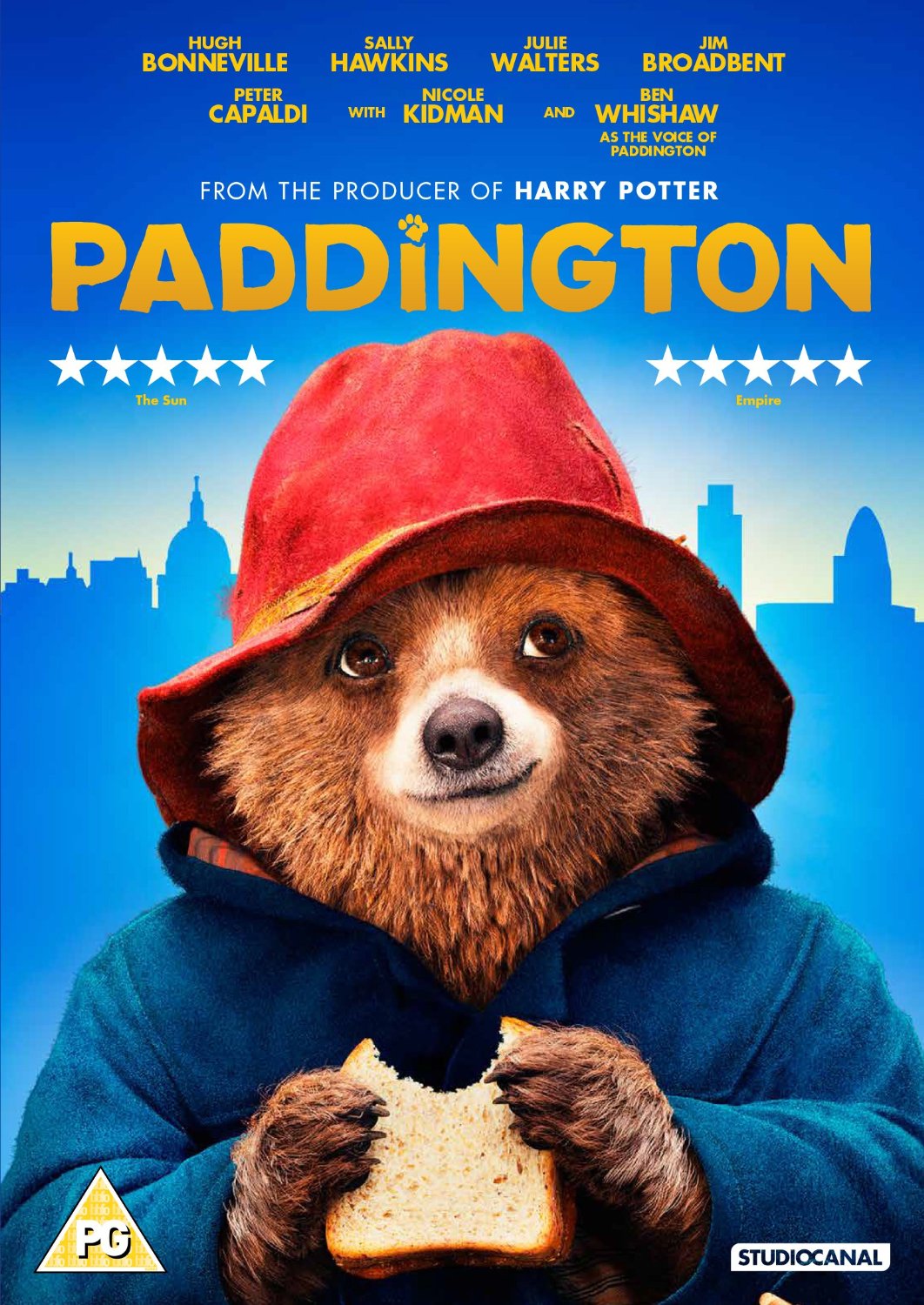 When Paddington hit U.S. theaters in January, my sons (ages 12 and 10) weren't keen on going to see it. Looking back, this was probably a good call considering the cost of movie tickets these days.  Don't get me wrong, this was an adorable film, but they were a tad bit too old for the target audience.

Therefore, I was thrilled that they decided to join me when I sat down to watch it on DVD. (Although, I'll admit. My oldest didn't make it all the way through.)

"A home is more than a roof over your head." ~ Paddington

Paddington is based on the beloved, literary character Paddington Bear, a favorite in a series of children's fictional stories by Michael Bond. The film centers around the arrival of Paddington from Peru to London.  Why London? Forty years earlier, a British explorer discovered this new species of bear with an obsession for marmalade and the uncanny ability to talk! When their habitat is destroyed, Paddington sets off to London to find the explorer and a new home.

However, London proves to be a cold, unfriendly place. He is lucky to meet the Brown family who is smitten with this lovable bear and agrees to take him in on a temporary basis. All except Mr. Brown (Hugh Bonneville) that is, a very stern, pragmatic risk manager who wants to ship him off to social services.  While Paddington gets adjusted to life in the big city, he finds himself in all sorts of mischief, which gives the audience lots of laughs. But the main theme of the film is whether or not Paddington can bring a family together and teach Mr. Brown to open his heart once more?

"This family needs that bear every bit as much as he needs you." ~ Paddington

The film adaptation, naturally, uses some artistic license to create a full-length film.  The biggest of which was the addition of our antagonist, Millicent Clyde played by Nicole Kidman.  The daughter of the explorer, Millicent is a museum taxidermist who likes collecting endangered animals. Her long-term goal has been to acquire one of the bears of Peru her father discovered, yet no one believed were real, hence proving their existence. The Brown family must come to his aid before he is stuffed and added to her collection.


Paddington is a sweet film suitable for the entire family, even the youngest members.  It is rated PG for mild action and rude humor.  Both my sons said it was good (yep, even the one who didn't stay for the end, go figure) but the film is definitely geared toward younger children.