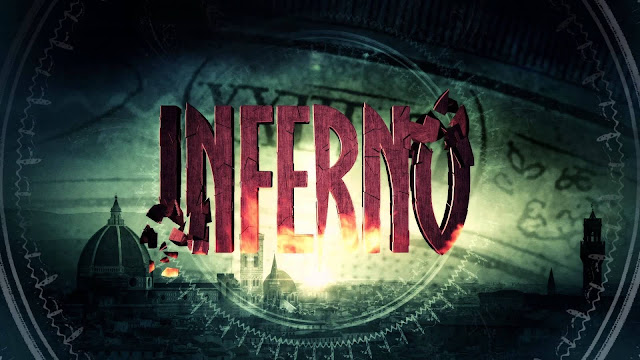 "Humanity is the disease, inferno is the cure." ~ Inferno

The only novel that ever gave me nightmares - which may sound dramatic, but it's true - was Dan Brown's Inferno. The fourth novel in the Robert Langdon series which included the very popular The Da Vinci Code, Inferno is the third book to be adapted to film. I am disappointed they skipped The Lost Symbol because it may have been my favorite of the novels, but let's talk about the film version of Inferno.

The only way this story was going to be told in a two-hour movie was having the pace move fast - very FAST! And it did. From the opening scene, Inferno hits the ground running and moves at a pace that will have you on the edge of your seat the entire film. The story touches on Brown's most serious topic of all the novels - the very real issue of human overpopulation and the consequences we (and our planet) will suffer from that. The prominent theme is that Dante's Inferno is no longer a prophecy, but a reality.

Bioengineer Bertrand Zobrist (Ben Foster), having the goal of solving the world's overpopulation issue, creates a plague that will wipe out half of humankind. He has left clues to its whereabouts hidden in Boticelli's map of Dante's Inferno (hell) and a timetable to its release. It is the ultimate biological weapon and the clues can only be solved by symbol scholar and Harvard professor, Robert Langdon ,played by Tom Hanks.

Langdon wakes up in a Florence hospital and has no recollection of how he got there. He is bloody and confused and begins to experience visions of hell that he will need to piece together to solve an international crisis. But for some strange reason, everyone is now after Langdon - the Italian police, the World Health Organization, even the U.S. Consulate.

"The greatest sins have been committed in the name of love." ~ Inferno

The film was exciting and followed the book quite well. However, the novel contains so much interesting history and academic explanations that the film leaves out due to time restraints. On this level, the film cannot compare to the novel. I couldn't help but wonder if those who did not read the novel could possibly follow along. I believe the answer is yes, especially for fans of thrillers. However, the adaptation really doesn't do the book justice. That is not to say I did not enjoy the film. I did! It's just a shame all the details couldn't be included, but no one is going to sit through a 6-hour film.

I must caution fans of the book, however. Without giving anything away, the ending is changed dramatically. Not for time - but to better appeal to moviegoers who prefer a neatly concluded plot. While I understand that, it was a touch disappointing.

Inferno is intense and contains beautiful footage of Florence, Venice, and Istanbul. I adore Hanks as Langdon and the entire cast did a great job. The film also stars Felicity Jones, Irrfan Khan, Omar Sy, and Sidse Babett Knudsen. Inferno is rated PG-13 for sequences of action and violence, disturbing images, some language, thematic elements, and brief sensuality.