The Girl on the Train (Nik's Piks: Movie Review) 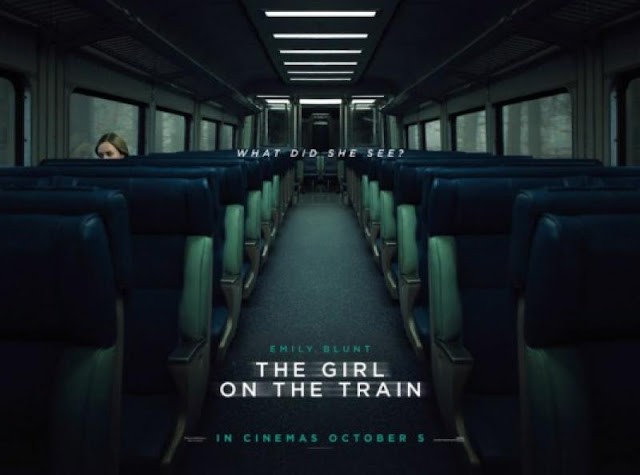 The Girl on the Train is a 2016 psychological thriller based on the very popular book by Paula Hawkins. Some of you may remember that it was named one of my favorite reads of 2015. Therefore, and mainly because I happen to love book-to-film adaptations even if they don't always turn out so well, I was very excited for its release. So, what did I think of the film?


The Girl on the Train is an intense human drama. However, while the novel was very detailed and really delved into the psyche of the characters, the movie (as all movies are) was on a time-crunch. For this reason, viewers of the film did not benefit from all the characters being fully developed, Anna in particular, and, at best, received  the Cliffsnotes' version of the story. There were moments I felt the plot was bombarding the audience with pertinent information just to squeeze it all in as opposed to allowing events to be divulged naturally. With that said, I truly believe that if you haven't read the book, these flaws will not be an issue for you. The person I saw it with hadn't read it and she loved the film.

Read my book review of The Girl on the Train for more details on thematic elements.


Besides the criticisms above and finding the beginning a bit slow, I did enjoy this film adaptation, especially the further into the film we got.  The end was true to the novel and very suspenseful. The change in setting from London suburbs to Croton-on-Hudson outside NYC was a bit of a surprise, but made sense for marketing purposes.

The casting was well done and included Emily Blunt who did an amazing job as Rachel, the divorced alcoholic who's life is spiraling out of control even before she becomes obsessed with solving a local murder; Haley Bennett as Megan, a troubled woman trying to find peace with her past; and Rebecca Ferguson as Anna, a new wife and mother disenchanted with her life.

In addition, Justin Theroux was excellent playing Tom, Rachel's narcissistic ex-husband. The film also stars Luke Evans, Allison Janney, Edgar Ramirez, and Lisa Kudrow. The Girl on the Train is rated R for violence (mostly against women and some very graphic), sexual content, language, and nudity. If you are a fan of psychological thrillers, you will want to check this one out.