The following is a guest post from +Gerry Pirani.

The other day I was at a meeting when a guy said to me, "If women are so smart, why don't they run the world already?"

That got me to thinking about why, and this is what I came up with.

1) The sad truth is that too many girls and women around the world are ignorant. 61% of the illiterate youth in the world is female, and barriers to education for girls and young women remain high in multiple countries. Being illiterate makes it difficult to overthrow current, tyrannical regimes. It also makes one more likely to marry while still a child, die in childbirth, and suffer the death of one's children. To see how you can help, check out organizations like letgirlslearn.gov and donate.peacecorps.gov. And check out these articles:
Global ‪Gender Inequality in Education
Unicef
‪ABC News Story

3) They are actually slaves.
In the United States, girls between the ages of 8–12 are abducted and sold into the sex slave trade. According to the State Department's 2016 report, "The United States is a source, transit, and destination country for men, women, transgender individuals, and children— both U.S. citizens and foreign nationals—subjected to sex trafficking and forced labor." The top three countries of origin for slaves in the US are Mexico, the Philippines, and the USA. Disproportionately, women and children are vulnerable to being sold into the slave market, especially to serve as sex slaves. Compared to other parts of the world, however, the US can be considered a safe haven.

A modern-day slavery report prepared by the United States Department of State is available here.

4) They are apathetic.
In the United States, according to the US Census Bureau, 57% of eligible women did not bother to vote in 2014, not to mention run the world.

5) They are too tired.
Women are up to twice as likely to suffer from insomnia than men. (Although some would say that men complain more loudly about it!) Getting little sleep makes it difficult to make decisions about breakfast, no less about running the world.  For sleep statistics, try: this site. 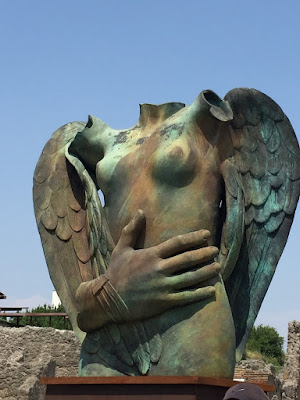 6) They lack cooperation. In the book Sapiens: A Brief History Of Humankind, Dr. Harari discusses the incomprehension of women's position in our species. Lacking correlation with the development of most species, human beings are unique in their patriarchal astonishment/awe of masculine qualities. The only explanation this blogger can imagine is that women are less cooperative than men despite their reputation for being more so.

Women would have to learn to cooperate with one another, rather than undermine one another, to run the world. This doesn't seem likely if the past is any predictor of the future. There is a psychoanalytic concept called introjection, which describes how we sometimes incorporate the opinions (even derogatory) of ourselves when we've been an oppressed population. At 51% of the world's population, women would run the world if they could just pull themselves together. Perhaps that's why society has done everything in its power to divide them.

7) They are tasked with propagating and nurturing the species. You know, the pregnancy and delivery and breast-feeding situation, which is only financially rewarded in a small percentage of the Western world, such as in Sweden. You try having three kids under the age of seven in your living room while running the world.

8) They lack testosterone.
Although testosterone is associated with assertiveness, drive, energy, and concentration, women in the USA who lack normal range testosterone levels for their sex are rarely covered by their health insurance for replacement or supplemental therapy, as men are. The excuse for this in the US is that using bio-identical testosterone in women is still experimental, although it has been used in Europe for about 50 years. Thus, even health insurance companies are keeping women from running the world.

9) They are too poor.
According to the Kaiser Family Foundation, women in the USA are 3-5% more likely to fall under the poverty line than men. Feminine poverty rates have always been higher, worse so in developing countries. Because they are busy dealing with concrete needs such as housing and food, women do not often have the energy to run the world, and the ones who are rich by marriage don't care to, especially if it interferes with their spa days or photo shoots.


For more information, check out this government site.

10) They are too love struck.
Women appear to find it a badge of honor to stand by their men, even when their men are wrong, abusive, or generally sexist.

11) They lack self-esteem.
The poor self-image of women has been broadly studied and written about (see P. Orenstein, W. Maltz, R. Morgan, as examples). Just imagine this: let's say that a group of women got together and created a religion that clearly delineates men as inferior beings, who will not get to go to heaven of their own accord but only through a woman's benevolence and love (if they even get to have souls at all), and who were made by an omnipotent Goddess to serve women. Now imagine how many men would sign up for this religion. I'd bet money on not very many. Yet all around the world, every day, women subscribe to philosophies where they are second class citizens, soulless, guilty on the grounds of having a womb, and in desperate need of being led by a male head of household. Is there any doubt why men would take advantage of such subservience? (Most men don't claim to be saints, after all.) With such a terrible self-image, it becomes difficult to believe you can run the world.

12) They themselves are misogynists.
Women sexists are just as prevalent as men. Of course, there is such a thing as reverse sexism, just as there is reverse racism, but that's not what I'm talking about. What I'm referring to is a pervasive, global misogyny or hatred of femininity. I am always amazed at how a blog or a meme or other social media post that speaks about women's rights gets trashed, violently attacked, and ridiculed. And not just by reactionary men, but by women, too. It's as though women are not human and therefore not worthy of human rights. It's shocking that a young woman today will denounce feminism because someone has convinced her it means something bad, as if her right to have rights was not only not guaranteed, but not even cool. Until women start to speak out for themselves and give each other a break, the sexism inherent in our still masculine-centric Earth will run the world.

No matter how smart or qualified they are.

No matter how good a leader they would make.

No matter that it's the twenty-first century.

About Gerry Pirani, my Guest Blogger: The study of spirituality and human nature are turned into grist for the creative mill in Pirani's works of romantic literature. Taking knowledge of love and relationships, Pirani's lifelong dream is to raise consciousness about the assumptions we make of ourselves, the world, and each other. Through fiction, we can increase the mindful living and mindful loving everyone's talking about these days. The author of The Search For Intelligent Life on Earth series, Pirani is also happy to branch out with novellas of varying sizes to introduce new characters, places, and experiences.  For more information, see author's website: www.gerrypirani.com