".....we have to live with unanswered questions all our lives." ~ Reuben, The Wolf Gift 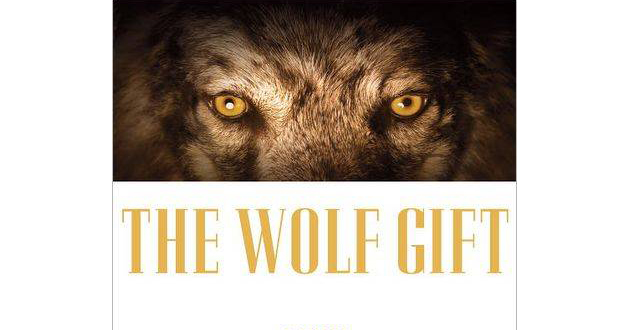 A friend recently recommended The Vampire Lestat by Anne Rice claiming it was her best work. I have to admit, I have never read any of Rice's novels, never even saw the film adaptation of Interview with the Vampire.  However, while I am not a huge horror fan, the Gothic world does fascinate me and I figured I'd give it a try.  This is how I stumbled upon The Wolf Gift, the first novel in Rice's werewolf series. I decided almost instantaneously to read this novel before The Vampire Lestat - blame it on the fact that perhaps I'm a bit vampired-out!

The Wolf Gift takes place in modern-day San Francisco.  Our protagonist, Reuben Golding, is a young, handsome reporter who is sent to interview Marchent Nideck, the owner of the Nideck family mansion located between the remote redwood forest and the Pacific Ocean. She inherited the home from her uncle, archaeologist Felix Nideck, who disappeared twenty years earlier under suspicious circumstances. Wanting to sell the historic home and move on with her life, Marchent is hoping an article on the history of the magnificent estate will entice potential buyers.

Reuben is instantly drawn into the essence of the mansion and begins to ponder the idea of buying the home himself. There is an immediate attraction between Reuben and Marchent, and what ends up being a passionate night between the two strangers, ends in unexpected tragedy where Reuben is accidentally bitten by a mysterious beast. Reuben discovers that whatever bit him that night gave him the "Wolf Gift." Reuben spends the rest of the novel dealing with his new reality while trying to keep it a secret from his family, the media, and the medical world. At the same time, he attempts to uncover the mystery behind the "Wolf Gift" and the disappearance of Felix Nideck.

"Our doubts, like our misfortunes, are the price we have to pay for the fulfullment of the universe.....Evil is inevitable in the course of a creation which develops within time." ~  Pierre Teilhard de Chardin as quoted in The Wolf Gift

From the very first chapter, Rice's writing immerses the reader into the scene - the sights, the smells, the sounds, even the textures. The attraction between Reuben and Marchent is sexy yet brilliantly subtle. However, after the initial rush, I found I had to push past the monotony of the plot. While intoxicating at times, Rice tends to become too verbose, and if I had to read one more gory werewolf attack scene, I would've died from boredom.  I was also a bit disturbed by the relationship between Reuben and Laura feeling the author took the whole beauty and the beast tale to an odd, if not inappropriate, level.  While Laura offers understanding and compassion to Reuben during his time of transition and isolation, her character wasn't fully developed and was, therefore, not believable. Something was missing to allow me connect with her.

So, what kept me reading - besides the fact that I rarely quit reading a novel?  REUBEN! I became enthralled with this young man who, after spending his entire life drowning in insecurities for never living up to anyone's expectations, was now coming into his own. Finally, people will look past his boyish good looks and see him as this great presence, perhaps even a hero.  He would no longer be a disappointment to anyone.

And then I reached it - the brilliant writing, clever dynamics and tension of Chapter 28. This chapter alone would have made the entire novel worth reading.  Happily, for the remainder of the novel, Rice kept up this poetic prose and finally I witnessed vintage Rice. The novel becomes a philosophical, scientific, and theoretical history of the human race.  It was at this point that I could not put the book down.

"It's the nature of mediocre human beings to believe that lies are necessary, that they serve a purpose, that the truth is subversive, that candor is dangerous, that the very scaffold of communal life is supported by lies." ~Margon, The Wolf Gift

At one point, however, I thought Rice missed the mark with Man-wolf's tendency to go after wild animals for revenge or pure fun, not necessity, since these types of kills are unprecedented in the wild kingdom. But then she slams the reader with the brutal dark-side of human nature, admitting it is the human side of the Man-wolf that engages in such atrocities.  I was glad she addressed this distinction.

I will not go as far as to say I loved this book because there were too many things I did not like. I kept waiting for the unexpected to happen, yet it never came. Although the climax was exciting, it was not a surprise and, honestly, most of the novel was very predictable. For horror fiction, it was gory, but certainly not scary and it lacked suspense. I was, however, seduced by the lore of the werewolf, and the history that is revealed in the final chapters was truly mesmerizing. I am looking forward to reading the second novel in the series, The Wolves of Mid-Winter, where I hope Rice takes us deeper into werewolf mythology.

Check out more of my Book Reviews!