What Sex is That Gift - Huh? 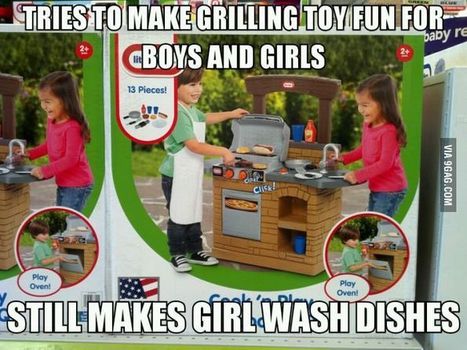 I have to admit.  I am a little disappointed in myself.  No, a LOT disappointed in myself. Yesterday my son and I went to the store to purchase a toy for a "white elephant" gift exchange in his class.  Apparently, the teacher couldn't call it a "secret Santa" exchange because one girl was against Santa.  No, this wasn't a religious matter; she is just anti-Santa.  Well, I am completely offended by the term "white elephant" which refers to "a possession that is useless or troublesome."  Excuse me, but elephants, regardless of color, are anything BUT useless or troublesome.  I considered writing a letter to the teacher but decided to let let it slide - this time only!

Anyway, my son picked out a Star Wars action figure.  This is where everything I stand for and try to instill in my sons went down the drain.  I said, "We'll need to mark this as a boy gift, I suppose."  My son immediately agreed with me while I was slamming my head against the wall. Did I seriously just assign a gender to a freaking Star Wars toy??  PLEASE tell me I didn't do that. I hate the whole notion of the toy industry marketing items specifically for girls or boys.  Hell, I even ranted about it in my post, Enough Foofooness.  For heaven's sake, I am a female and I love all this space crap. Granted I am not an eleven year old girl, but I was only eight when the original film came out and I loved it even then!

So what was I thinking saying such a thing. Obviously, I wasn't!

I quickly tried to rectify the damage by pointing out to my son that this is actually a great toy for a boy OR a girl.  But he would have no part of it - damn it! Two steps forward, one step back in the toy equality department. Home we went where I wrapped it in gender neutral paper (seriously, stop this!) and on the front wrote "TO BOY" - I swear, my son made me do it! 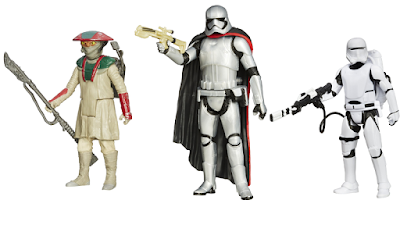 I am trying to justify my horrid behavior by pointing out that even the teacher requested that gifts have a blue bow or a red bow on them to indicate if it was a boy or girl gift respectively. I thought back to my years teaching elementary school where every Christmas we'd have a book exchange. Without fail, there would always be one boy crying because he ended up with a princess book or a girl in tears over the monster truck book she received.

I know most of this is just ingrained in all of us and old habits are hard to break. Part of me wonders, if there is a girl who wants the Star Wars toy, if she'll even admit to it.  I'd like nothing better than for my son to come home and tell me all the girls were fighting over the Star Wars toy he gave.  Wouldn't that be a huge step for all of us?