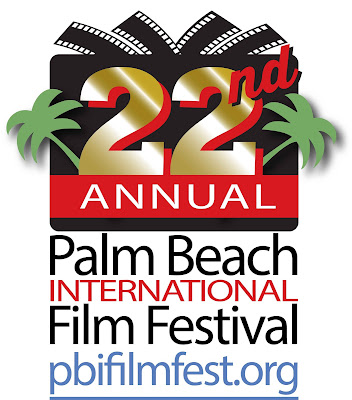 Well, South Florida movie lovers, it is that time again! This year's Palm Beach International Film Festival is gearing up to open on Wednesday, March 29. And, as usual, the event organizers have an amazing five days planned filled with special events and parties, post-screening discussions with filmmakers and casts, industry panels, a student filmmaking showcase, and networking opportunities on a GLOBAL scale as filmmakers from around the world converge on Palm Beach for this uniquely intimate, yet sophisticated, celebration of films.

This year the Palm Beach International Film Festival will be returning to the Cinemark in Boca Raton, and welcomes a new venue, Keiser University, for patrons more centrally located in the county. Also to accommodate fans in both north and south parts of the county, the PBIFF will, for the first time, host TWO Opening Night events and after show festivities SIMULTANEOUSLY!

Visit the event's website for details and tickets to movie screenings and special events: www.pbifilmfest.org.

Also new to this year's festival is "The Licky Award" which will be presented to three winners for the most delicious action/adventure, comedy, and drama film shown during the five day event.  Of course, awards will also be given in the categories of Best Feature Film, Best Documentary Feature, and Best Short Film.

The movie schedule is already up, and tickets are on sale now. I am already reading previews and watching trailers to find my top picks for this year's festival. If you are local, you won't want to miss this wonderful celebration of cinematic magic!!