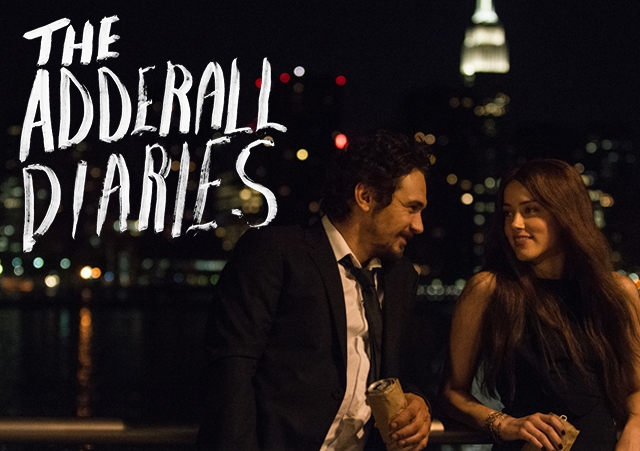 What if everything you remember, isn't the truth?

I first heard of The Adderall Diaries at last years Palm Beach International Film Festival. Unfortunately, I missed the showing but kept the film on my list of must-sees. This past week I finally sat down to watch this 2015 crime-thriller based on the memoirs of Stephen Elliott.

"We understand the world by how we retrieve memories, reorder information into stories to justify how we feel." ~ The Adderall Diaries.

Elliott, played by James Franco, is an author and professor at Columbia University. After landing a another book deal, he suffers from writers block and becomes obsessed with the highly publicized murder trial of Hans Reiser (Christian Slater) who is accused of killing his wife.  Elliott becomes romantically involved with a young woman (Amber Heard), a Times Reporter covering the case. Meanwhile, he is also on a book tour for his previous novel that depicts his very intense and abusive relationship with his father growing up. The film offers a multitude of flashbacks from both his and his father's conflicting vantage points.  As Elliott dives deeper into his depression and addictive lifestyle, he is confronted by his father (Ed Harris).

"Validation is a hell of a drug." ~ The Adderall Diaries

The Adderall Diaries is an intense look at how perception interprets our reality. The film's thematic elements also question whether or not it is better to make excuses for your bad behavior or bury your pain altogether to avoid dealing with it at all. Before you can forgive others, you need to forgive yourself AND come to terms with the fact that you don't need to be a victim or a villain.

Honestly, this was one of Franco's best performances, and Ed Harris also delivered a great performance. The Adderall Diaries is rated R for drug content, language, sexuality, and aberrant and disturbing content. I recommend the film to fans of human dramas that delve into the human psyche.