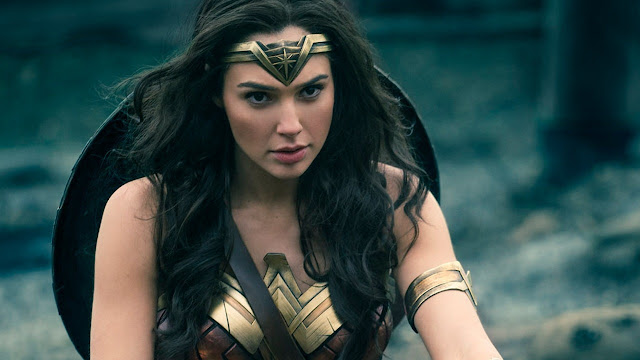 Well, I have nothing to say - nothing negative, that is.  I finally went to see Wonder Woman, a film I was excited to see, then wasn't, then heard such great things about it, I figured I would go.  However, I am sure that if someone (ANYONE) told me Chris Pine co-stars in the film as our heroine's love interest, I would have made a harder effort to get to theaters on opening weekend! Needless to say, Robin Wright's performance of Antiope made my day as well!


"It is our sacred duty to defend the world." ~ Wonder Woman

As all first installments of superhero films go, the entire film is the backstory to Princess Diana aka Diana Prince, whose current day resurrection was introduced to movie fans in the 2016 film Batman v. Superman: Dawn of Justice.  From the secret Amazon island of Themyscira, to the battlefields of World World I, the story of how everyone's favorite Amazonian came to be was nothing short of spectacular. In fact, don't be surprised if you get chills when she finally lets her hair down and goes to battle.

Gal Gadot is the perfect Wonder Woman - strong, determined, and absolutely beautiful on the inside and out - not an easy feat when you consider she had some big shoes to fill.  I am sure the original Wonder Woman, Lynda Carter, was proud of Gadot's portrayal of the beloved television character Carter brought to life some 40 years ago! If I have to give one criticism about the film, I would say that it was a shame Warner Bros. didn't bring Carter back for a cameo appearance - you know, for old time's sake. How cool would that have been??!!

Regular readers know I prefer Marvel to DC, but, with that said this is the best DC film, and I loved the not-so-subtle messages of how humankind is its own poison. The film also boasts the first female director, Patty Jenkins, of a studio superhero film. Double bravo! This film will please most, if not all, moviegoers, whether they are comic fans or not. As of the writing of this review, the film is still out in theaters, so try and get there if you can.

Wonder Woman is rated PG-13 for sequences of violence and action, and some suggestive content.