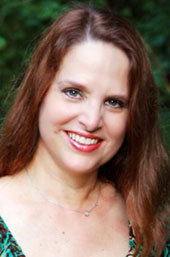 I have had the pleasure of reading several pieces of work by author D.G. Driver, including her Juniper Sawfeather fantasy trilogy. Honestly, I could chat with Driver all day about the inspiration behind her writing, but for the purpose of this interview, we discussed her novel, No One Needed to Know, which focuses on autism awareness and bullying, a subject that, as a parent and former educator myself, hit home.

Lavender Inspiration: This novel is clearly dear to your heart for personal reasons. Would you like to share why? 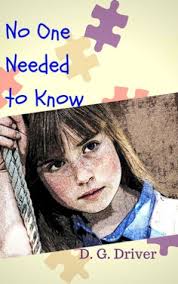 Driver: This book is based loosely on the relationship I had with my own oldest brother. We grew up in the 1970s/80s, and Autism wasn't an official diagnosis then. I knew my brother was in Special Education, but I didn't know why he had "odd" behaviors and ticks. I have two brothers, actually, and I'm the youngest. Our middle brother was very able and busy and had no time for his little sister. My oldest brother, though, he played with me all the time, and we had so much fun. Even though he was four years older than me, he would play pretend games with me and go on biking excursions to parks all over town. When I hit puberty, I stopped being interested in playing like that. That's when I realized fully that my brother wasn't like other boys his age, because he was perfectly fine to play like a little kid indefinitely. I found it embarrassing at the time. It was hard to let him down and tell him I wasn't interested in these kinds of afternoons anymore. When my daughter was little, she would play with my brother (now in his forties) the same way I used to. My parents and I had to warn him that she would get too old for it one day, too. It was really sad when she finally hit 12/13 and it all came to an end. Reliving all of that motivated me to dust off this old manuscript I'd written fifteen years ago and get it ready for publication.

Lavender Inspiration: Many people grow up with special needs siblings, but they don't become special ed teachers. Was there one defining moment in your life which led to your decision to go into this field?

Driver:  I fell into teaching more because of my mom than my brother. My mother got into working as a teaching assistant in special education because of my brother. She worked at his elementary school and then transferred to an early intervention program at another school when he was older . (This is actually the program that is featured in my novel). She did this for 26 years. I never intended to be a teacher. My degree is in theatre, and I planned to be an actress. However, teaching made a great "day job" while I did theater at night or between tours. While in college I worked in school-age daycare. After college I substituted as an assistant in special education until I got hired full time at a private school in Los Angeles for kids with learning challenges. I took a break to have my baby, but when I got back to work, it was once again in special ed in a CDC classroom. I have been at my current job for almost 12 years, and I really love it. I am the lead teacher in an infant classroom in an early intervention program. With an assistant, I care for 8 babies, and one or two of them each year has some kind of special needs diagnosis. While I would love to be a full-time writer (and that is my goal), I'm glad to have a day job that is so fulfilling and makes me feel proud.

Lavender Inspiration: Did you suffer from similar feelings and ridicule as Heidi does in this book? If so, how did you handle it?

Driver: I did suffer from some bullying, especially in 6th grade. To be honest, it had nothing to do with my brother. He and I were four years apart in age, and the kids I went to school with never met him. The bullying was typical mean girl stuff (popular girls deciding I didn't belong), but it was awful. It began much the same way it does in the book, too, with all the kids sending me mean notes one day when we had a substitute teacher. The bullying lasted the entire school year, and when I started junior high in the fall, I had no friends at all. I had to start all over, and it took some time to find a place to fit in. I still suffer from horrible shyness as a result of it all. My middle brother dealt more with name-calling and meanness from people regarding our oldest brother than I did. I remember the "r-word" being shouted at my oldest brother, but it was apparently shouted at my middle brother, too. And he had people say things to him like, "Are you a 'r-word' too?" He pulled away from us a lot during these years. Heidi in my book is a combination of the two of us.

Lavender Inspiration: What can your readers look forward to next from you?

Driver: My newest YA novel Lost on the Water, A Ghost Story, will be published on July 17th by Fire and Ice YA Books. It's a good read for middle school and younger high school readers. It's about a girl visiting her grandmother in rural Tennessee who sneaks out in an old rowboat she finds to try to join a camp out on an island in the middle of the lake. It seems like a fun adventure, until everything goes wrong. So, I'm busy getting ready to put that out in the world. I've also started a series of original fairy tale novelettes. The first one, The Royal Deal, came out in January, and I plan to release the second one this summer. I've got audiobooks being produced right now for No One Needed to Know and my YA fantasy novel Cry of the Sea. My current writing project is finishing up an expanded, novel-length version of my YA  romance novella Passing Notes. It's taken me a while to get it done, because so many other projects keep jumping the line.

Read my reviews of D.G. Driver's novels at www.lavenderinspiration.com or under related articles below.