The Pursuit of Happyness (Nik's Piks: After Hours) 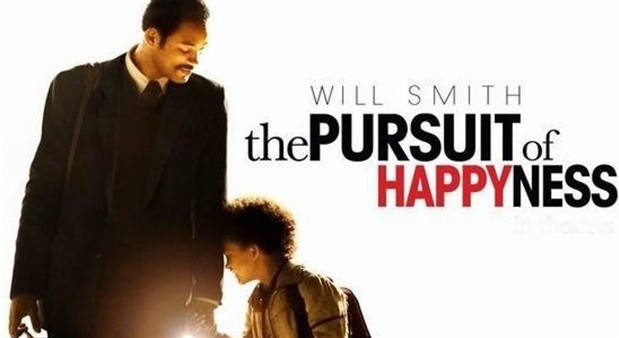 "You got a dream, you got to protect it. People can't do something themselves, they want to tell you you can't do it." ~ The Pursuit of Happyness

Recently, I sat down to watch the 2006 film, The Pursuit of Happyness starring Will Smith in what is probably now my favorite of his movies. The film is based on the memoir of entrepreneur turn motivational speaker Chris Gardner.  It is a deeply heartfelt story, one that chronicles Gardner's slow climb to the top, particularly the time in the early 1980s when faced with personal and professional crisis, he finds himself homeless while trying to raise his young son (played by Jaden Smith) on his own.

Struggling to make ends meet as a salesman, Gardner decides to risk it all and accept a non-paying intern position at Dean Witter. Clearly a step down in regards to income, but if he can succeed, the result can be life-changing. The film demonstrates how Gardner used positive thinking to pull himself out of the darkest of circumstances while highlighting the bond between father and son.

"Don't ever let somebody tell you you can't do something, not even me." ~ The Pursuit of Happyness

Determined not to let the struggles, often dire circumstances, of his life break him, Gardner continues to look toward the journey's end - happiness. Smith is wonderful in this role that really tug at my heartstrings. I really can't remember the last time I cheered so much for a character. You will not help but fall in love with him and feel his frustrations and successes along with him.


If you ever needed a reminder that no matter how bad things seem they do get better, this rags to riches story is for you. I strongly recommend this truly inspirational film to fans of family drama and those that love a good underdog film. If this film doesn't touch your heart, you aren't human. The Pursuit of Happyness is rated PG-13 for some language and also stars Thandie Newton as Gardner's wife, Linda, Brian Howe, James Karen, and Dan Castellaneta.