This season my 12-year-old son decided to participate in the local soccer league. He hasn't played competitively since he was six, although, perhaps, the word "competitively" is too strong a word in that case.  Instead, he concentrated on martial arts for the past five years and earned his black belt in just three and a half years.  But I digress.

The one thing you have to understand, is that I live in Florida.  Fall soccer isn't as pleasant as one might believe it to be.  Why?  Because it will still be near 90 degrees during every game they play in the season. And the fans - that would include me - are stuck in the sun, or rain as the case may be, with no shade or cover to offer any relief.  I will admit openly, I miss the indoor, air-conditioned dojo with free WiFi and convenient bathrooms.

At the beginning of the season, the coach sent out an email asking for a Team Mom. No longer working, I am finally in the position, theoretically, to have the time to do this.  Now, here's where my dilemma came in.  At my son's age, it is no longer cool for your mom to be Team Mom. In fact, I'm quite sure my son prefers it if I just sit quietly on the sidelines and blend in with the background. 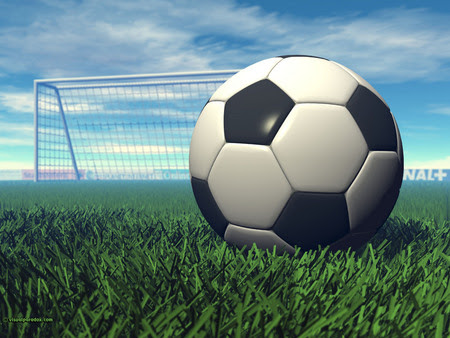 Apparently, I'm not the only uncool mother because the coach never did get a mom to volunteer for this formerly prestigious job. Therefore, he sent the parents an email the other day asking for a volunteer to bring in the halftime and after game snack. I figured, I could do this!  After all, we should all take a turn and how difficult could it be?

While the coach asked for sliced oranges for halftime, I felt bananas would be less messy and a nice change of pace.  I even sprang for chocolate chip cookies for after the game.  Not the boxed kind either. Fresh from the bakery cookies!  The cookies weren't the problem.

Before the game, my son begged me not to get bananas.  Pleaded with me to just get oranges. But he doesn't even like oranges and bananas are a wonderful source of potassium, which is good for preventing cramps, isn't it?  Anyway, he finally conceded and the bananas were purchased.  Just prior to halftime I cut them in half and delivered them, along with the cookies, to the players' bench. Coach was pleased and appreciative.  I did good, right?

Wrong! I am sorry to say that I single-handedly nearly wiped out the entire team.

Supposedly, as my son informed me after the game, the entire team, my son included, developed cramps in the second half.  The culprit (at least the one being blamed) - the bananas.  According to my son, even the coach blamed it on them. WHAT??!! Are you kidding me?

My only saving grace is that my son's team held on to win the game.  Otherwise, it would have been their first loss of the season and I, along with my bananas, would be at fault!!  As we were leaving, my mother turned to me and simply said, "Well, guess the coach won't ask you to provide snack anymore."  That's the best part of getting older - you can always find the bright side!