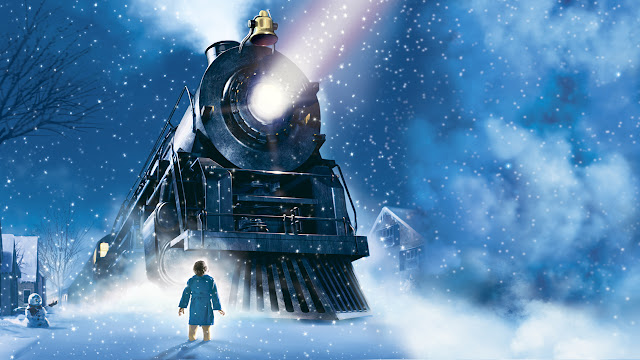 Over the course of the last several years, The Polar Express has risen to the top of my list of favorite Christmas movies.  Based on the book by Chris Van Allsburg and starring Tom Hanks, this is the ONE movie that puts me in the Christmas spirit every time I watch it.

The story follows a group of children, some on the verge of no longer believing in the magic of Santa, and others who do still believe, or at least want to, but have a special lesson to learn. On Christmas Eve they embark on a journey to the North Pole via the magical polar express.

"One thing about trains... it doesn't matter where they're going. What matters is deciding to get on."

Along the way they will discover something about themselves and learn that the greatest gift of all is friendship. Besides seeing the secret operations of Santa and his elves, the group of children will learn to trust, have humility, and, simply, to believe.

The film is shot in motion picture computer-animation and is a pure joy for your eyes (this film is filled with stunning images) and your heart.  However, the highlight of the film for me is the musical soundtrack composed by Alan Silvestri.   In fact, the original score is so beautiful, I bought it a few years ago and play it each year at Christmas time. 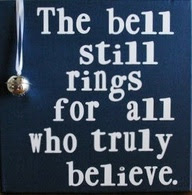 The film is rated G for General Audiences, although, some of the scenes are a bit creepy.  For example, I personally know an adult or two that would be freaked out by the marionettes.

All joking aside, this is a Christmas classic that my sons and I have enjoyed for years and I'm confident will remain a family favorite.

"Sometimes the most real things in the world, are the things we can't see."

A couple of years ago, Santa brought sleigh bells for my own sons so they will always carry the spirit of Christmas in their hearts.  I hope the bells never become silent.