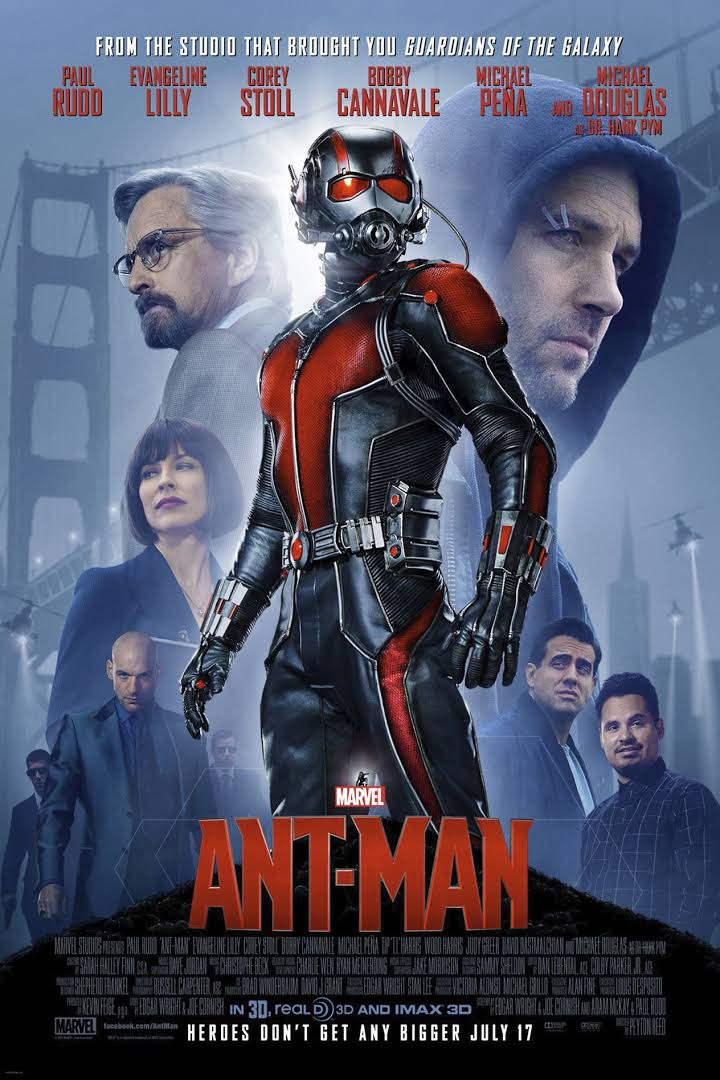 Before I get down to what I thought of Ant Man, let me just remind parents that this film is rated PG-13.  From what I can dig up online, the rating is given for science fiction violence. However, since my reviews are geared toward parents trying to determine if a film is right for their children or not, I must add that there are intense action scenes, many involving ordinary guns (what's science fiction about that?) and there is more adult language than expected, including the use of the word "shit" multiple times and "pussy" (in the context of wimpy - yet a first in a PG-13 film I took my son to.) I know I have complained about this in the past, but once again, there were children as young as 4-6 years old in the theater where, frankly, the previews weren't even suitable for children that age.

Okay, so now that I got the parental guidance notes out of the way, I would like to declare Ant Man my favorite summer blockbuster so far this season. My 11-year old loved it and even said it may have knocked Jurassic World out of the top spot on his summer movie list.

Having just been released from San Quentin State Prison, Scott Lang (Paul Rudd) is looking to stay clean and make up for lost time with his daughter. But life proves difficult for an ex-con, even for one with a masters degree in electrical engineering.  Lang is soon recruited by Hank Pym (Michael Douglas) to stop a greedy scientist, Darren Cross played by Corey Stoll, from capitalizing on an invention Pym has kept buried for years - a suit that gives the wearer the ability to shrink in size, possess superhuman strength and control an army of ants.

"I believe everyone deserves a shot at redemption." ~ Hank Pym, Ant Man


It would be a safe bet to say I am really getting into these Marvel films. The cast in this one was fabulous and included the kick-ass Evangeline Lilly and the very funny Michael Pena, just to name a couple. Rudd was absolutely marvelous as Ant Man (by the way, just when did he get those abs!) and Douglas delivered another memorable performance.


Overall, Ant Man is exciting, very funny, and even has its tender moments. Sticking with Marvel tradition, the underlying theme is, once again, man messing with the laws of nature and a villain who likes to play God. It was so much better than the trailer led me to believe it was going to be. If you get the heebie jeebies from swarms of insects, this film may not be for you, but otherwise, it makes an awesome and fun-filled movie for appropriate audiences.