One Day My Son Will Listen to Me; Today is Not That Day 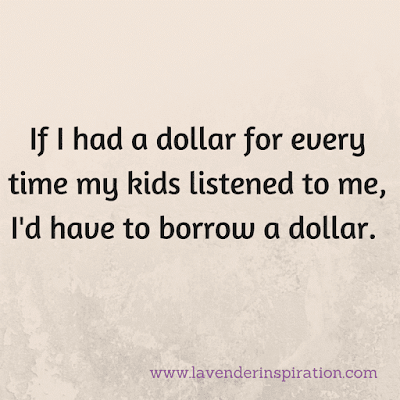 Have you ever noticed that the motherhood posts I share rarely shed light on my amazing parenting skills? So why start now?

We live on a preserve. The kind that hosts countless critters, some deadly. My son spends most of his free time exploring this preserve. Nerve-racking enough as it is on this momma, I not only allow, but encourage this exploration.

Just this past weekend, he asked me if he could get a Swiss army knife to take with him, one similar to the kind carried by his friend's father who is often with them. He said he wanted to use it to help build things and sharpen things and Lord knows what else. He wanted to add it to his backpack of supplies (mosquito repellent, first aide kit, and whatever) that he carries with him every time he stomps off into the woods. Maybe it's not such a bad idea he has something to defend himself with if he gets attacked by an alligator. (Run zig-zag!! Is that even true?) 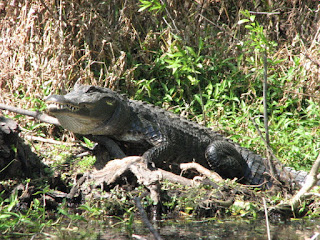 I immediately deferred this decision to his dad. After all, I didn't want to be solely responsible for handing my son a deadly weapon.  We agreed that it was okay for him to have a simple Swiss army knife to take into the woods.

As luck would have it, I found my old Swiss army knife (Hm, that's three times I've mentioned this brand. Shouldn't they be paying me?). The thing must be at least 25 years old. My parents bought it for me when I was going off to Australia. Apparently they had heard the kangaroos were quite vicious. Anyway, I am pretty sure I never used anything but the scissors.

Before offering it to my son, I carefully took out each utility tool to inspect it. I was amazed that everything was still in perfect condition. Then it happened.......I looked down and there was blood gushing from my finger. Son of a funky pickle!!

I sliced my finger pretty good. Yet, I decided to go ahead and offer the knife to my son anyway, but with a strong caveat, "WATCH THE SMALL KNIFE. IT IS INSANELY SHARP." I even showed him my cut and the blood soaked towel. He showed zero concern for my injuries.  This is just mom being clumsy as usual, I'm sure he thought.

The next day he was inspecting his new gadget. He was so proud.

Then it happened. My son walked into the kitchen with blood pouring - POURING - down his hand. I looked at him and he looked at me and......we both started to laugh. (We're kind of weird.) I said, "Let me guess, the small knife, right?"

Now I know that reaction isn't going to win me any Mother of the Year awards, but let's face it. This was probably a good learning lesson for him and now he knows I wasn't exaggerating. Sure this one-inch knife apparently packs more punch than its appearance would let on. However, the real laughter came from the fact that he knew in my head I was thinking, I told you so! Okay, maybe not just in my head. The words may have actually slipped out.

We rinsed, we applied pressure, we bandaged - laughing and giggling the entire time.

Then, after rinsing the knife, sticky with blood, and cleaning up what looked like a crime scene on my floor, I asked my son, "Are you going to listen to me from now on and be more careful?"

"Yes," he promised through more laughter.