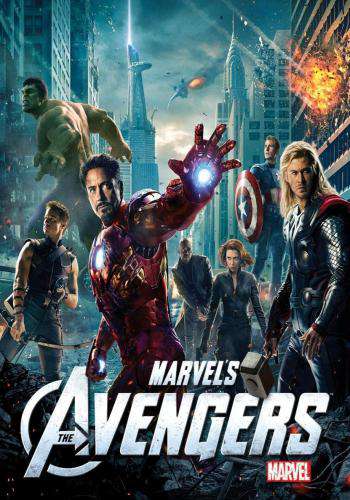 My recent interest in The Avengers and Marvel films has nothing to do with my long-standing crush on Robert Downey, Jr. and everything to do with my son who is a fan.  And, thank goodness he is because, as my regular readers know, I am Marvel-challenged and usually need him to fill in the blanks.

The Avengers takes us back to the beginning when the peacekeeping organization, S.H.I.E.L.D. ,assembles  a "handful of freaks" to act as a response team called "The Avengers Initiative" to fight against evil.  Captain America, Black Widow, Thor, Iron Man, Hulk, and Hawkeye - all putting their egos aside to work together and save the world.

"If we can't protect the earth, you can be damn well sure we'll avenge it." ~ Tony Stark, Iron Man

Little did they know their first assignment would be to stop Thor's brother, Loki (played by the talented, and marvelously evil, Tom Hiddleston) from destroying earth.  Throughout it all, the team will need to prove that they are heroes, not monsters.

While Age of Ultron was more mainstream blockbuster material, The Avengers dove deeper into the world of Marvel giving viewers insight into the characters' backgrounds.  Downey once again steals the show with most of the comedic lines and Scarlett Johansson delivers another strong performance as Black Widow and, if it's possible, is even sexier speaking Russian!

Rated PG-13, The Avengers is nearly two and a half hours of Marvel geekdom history and large scale devastation. There is tons of fantasy violence as well as extended, INTENSE action scenes featuring explosions, gunshots, and civilian distress. Even the Hulk was scarier in this film than in the second. There are some subtitles, suggestive comments, and brief, mild language. Overall, this film is a fun and exciting action film for families with age-appropriate children.