A friend recently asked me if I have to prepare two different dinners now that I am vegan and my family isn't (more on that in an upcoming, separate post.)  I laughed and said I was already preparing two, if not three, different meals each night. I refer to and have written about this atrocity as my biggest parenting mistake!  So it is no different now. However, I will admit, that the use of what I call convenience foods has helped make meal preparation easier and quicker. 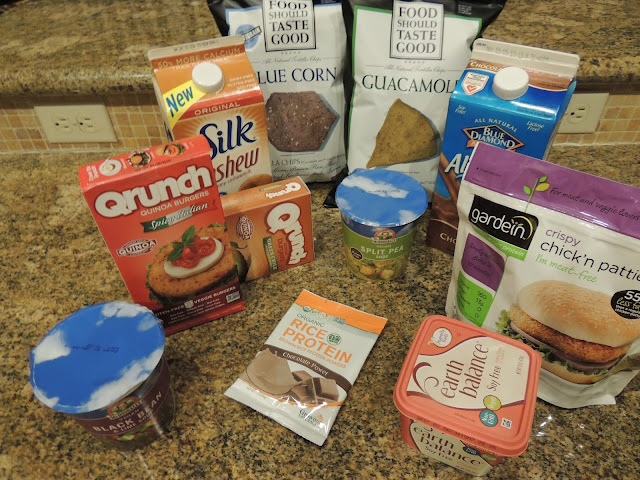 The use of these so-called convenience foods is a great way to transition to veganism, especially for those that don't necessarily like to cook. Such food items will prove most helpful at the beginning of your transition, especially if you have a hectic schedule that doesn't allow for much time to prepare many home-cooked meals. And, while I realize pre-packaged foods of any kind aren't the best for me, at this time they are vital to my sanity.

Here are my favorite convenience foods along with some of my favorite vegan substitutions. Naturally, nothing can replace the intake of fresh (and preferably organic) fruits and vegetables, but these food choices have given me the variety I need to make going vegan easy as vegan pie.

There are several milk / cream alternatives out there and you just have to find the one(s) you like the best. For my coffee, I prefer So Delicious coconut milk. Try it in hazelnut flavor, my favorite.  However, I will also use cashew milk (more in cereal than coffee) and good old almond milk. If you suffer from a chocolate addition, Almond Breeze chocolate milk is to die for! (But watch the calories. No one said eating vegan was all low-fat and low-calorie!)  My new addiction is Daiya vegan cheese and I've used it to make myself vegan versions of my favorite dishes such as baked ziti and eggplant parmesan. These dishes are so incredibly yummy, I'm glad I don't have to share them with my family! 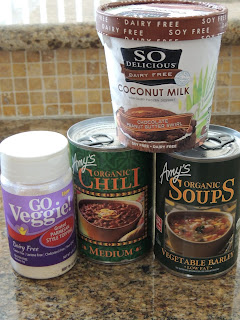 For actual meals I rely heavily on vegan burgers and meat alternatives.  There is a large variety of quineo burgers. But my absolute favorite meat substitute is anything by Gardein. I use their products regularly and in many different capacities. Amy's organic soups and frozen meals offer quick and delicious food options in so many varieties I've lost count.  There is also a large selection of vegan protein powders and energy bars. Great for pre- or post-workouts or traveling. Lastly, this article wouldn't be complete without mentioning my two favorite desserts: vegan ice cream (try So Delicious varieties) and vegan chocolate (I usually buy Endangered Species).

The fact is you won't believe how many yummy vegan food choices there are out there until you decide to look for them. I am fortunate that all of these items I've mentioned, with the exception of the So Delicious coffee creamer, is available in my regular grocery store.  So, while I am busy preparing multiple meals, at least I'm not running all over town shopping at different stores.

Okay, so tell me again how difficult it is to go vegan!!

Read more of my Going Vegan in 2015 series here.