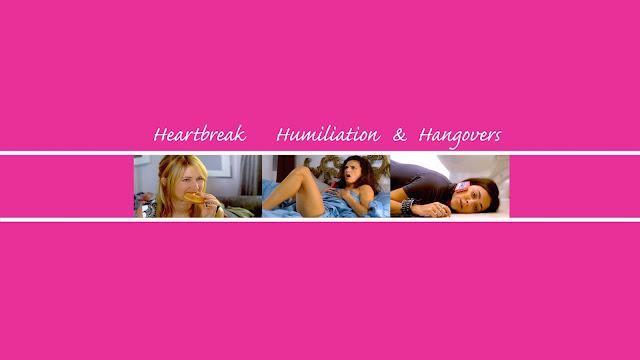 The Wedding Invitation was one of the films at this year's Palm Beach International Film Festival that I was really looking forward to. The theater was packed and the energy high for the World Premiere of this romantic comedy due to be released in theaters in February 2017.  This film will undoubtedly be declared as one of the best Girls' Night Out films of the year. However, the men at the screening were equally enthusiastic about the film, making this the perfect comedy for date night too.

The film was an arduous effort on the part of writer and director Rainy Kerwin. In her directorial debut, Kerwin also took on the role of the film's main character Lucy.  After dating the wrong man for three years, Lucy suddenly finds herself single again. And, with the RSVP of the wedding of the year staring her down, she decides, along with best friends Ryann (Camille Guaty) and Nectar (Christina Ulloa), not to wait around for Mr. Right any longer. They are going to take control of the reins and find their "plus one" to bring to the wedding.

The result is a series of very funny, and some mildly heartbreaking, mishaps as these three women try to find love. In the end, Lucy, who was in control of all other aspects of her life, finally learns to let go so love can find her.


It is no secret that Hollywood is short on good female roles. Kerwin, a longtime actress turn acting coach, recognizing the need for more quality female roles, especially lead roles, decided to write a script for herself.  When asked if she liked both directing and acting in the same film, Kerwin commented that it allows a director to "skip a step. You don't need to translate to the actor what you want." Kerwin also used an all-female crew making The Wedding Invitation a huge step for women in filmmaking. 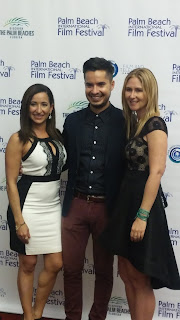 
In addition, the film is donating 5% of all net profits to ten women's groups as a way to give back and help other women achieve their goals.

Overall, this film was definitely one of the highlights of this year's festival and I strongly recommend it to ALL fans of romantic comedies. The Wedding Invitation also stars Eoin MacKen, Alex Sanborn, Chris Triana, and Nick George. The film is not yet rated but based on content, language and sexual references will earn a R rating from the MPAA when it hits theaters next year.