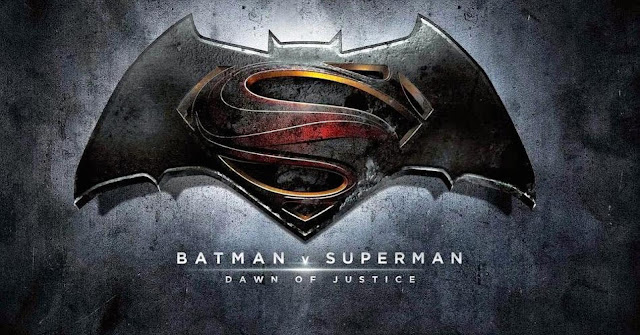 I had the privilege of attending an advanced screening for the new Warner Bros./DC Comics film from director Zach Synder, Batman v Superman: Dawn of Justice, in theaters this Friday, March 25.

Henry Cavill returns as Superman as does Amy Adams as Lois Lane after their portrayal of these characters in the 2013 film Man of Steel. Therefore, all eyes were on Ben Affleck as he debuted as Batman. In addition, this star-studded cast also includes Gal Gadot as Wonder Woman and Jesse Eisenberg as Lex Luthor along with Jeremy Irons, Diane Lane, Laurence Fishburne, Holly Hunt, Jason Momoa, and Ezra Miller.

I am far from a knowledgeable comic follower, but going into this movie even I was confused as to why two supposed good guys would come to fight each other. As superheros go, these two are as different as they get, but what happens to lead them to this war against each other? Can this just be a situation of simple rivalry or is there more to it?  Of course, there's more to it! But you'll have to see for yourself.

As the two superheros are distracted with each other, a new villain arises which threatens all of mankind. Will Batman and Superman be able to work together to fight this new evil and help save the world?

The movie is intense and dark and fans of the franchise will love it. Others, maybe not so much. Some complained it was too long and too slow at the beginning. I do not necessarily agree with either of those criticisms. One concern several moviegoers picked up on, and one I noticed immediately from the trailer, is how a scene at the beginning is eerily similar to footage of September 11 making me wonder what the filmmakers were thinking including such an image.

Overall, Batman v Superman is non-stop action and special effects which includes intense scenes of physical and gun violence, explosives, loss of life and mass destruction - all culminating in a climatic scene that left the audience dead silent.

Cavill would make Christopher Reeve proud and Affleck, while by far not my favorite Batman, grew on me by the end of the film - a little! Eisenberg stole the show as Luthor and Gadot was breathtakingly badass as Wonder Woman. And, no surprise, the film laid the groundwork for several sequels.


Batman v Superman: Dawn of Justice, which runs over two and a half hours, is rated PG-13 for intense sequences of violence and action throughout and some sensuality. We all know that studios try hard to hit that PG-13 rating so as to include as many moviegoers as possible. However, I will remind parents that this rating is just a small (and ever decreasing) step down from an R rating. Therefore, I strongly caution parents when deciding whether or not to bring their children under the age of 13.