And the Hat Trick for Worst Soccer Mom Goes to..... 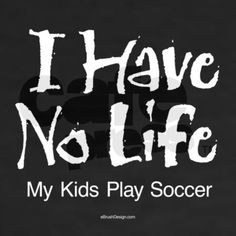 Practices so far have been intense to say the least. My son's new coach is from Italy where the words recreation and soccer do not go together. Instead of 60-minute practices, we often go well over an hour and as long as two. Plus, instead of ceasing practices now that the games have started, he has scheduled two 90-minute training sessions a week in addition to two games - unheard of in the rec league.

But my son loves it so we will make it work as long as I may continue to bitch about it.

You may recall my son was the starting goalie in past seasons - a position that proved too much for this mom to handle. I begged him to play any other position this season and I was relieved that he was also keen on the idea. Unfortunately, his new coach got wind of the fact that he had experience playing goalie and asked him to play in goal for at least one quarter. Strike two against this coach, but I vow to just sit there and smile and hold my breath for one quarter.

Back to today's opening game - and, what an opening day game it was. My son scored a hat trick (that means 3 goals for you non-sports fans!) and was an offensive machine (cue proud momma music). However, I am saddened to say that my role of soccer mom failure continues. I missed his first goal because I was too busy scoping out Tiger Woods on another field who was watching his son and trying to decide who the two blondes were with him. We believe one was the ex-Mrs. Woods and one was the girlfriend - but who can tell the difference. They came from the same mold.

Then there was his second goal. Did that go in? I think the sun was in my eye.

And the third goal.....crap! Did I seriously just miss another one of his goals?? I am not even sure what  I was doing to miss that one.  Oh wait, yes I do. I was Googling the cast of a movie I had just watched for an upcoming review of mine. 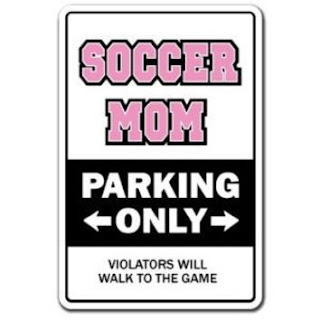 Okay, fine. So I am not going to win soccer mom of the year. BUT, at least I wasn't the one who shouted out "Goalie down, SCORE SCORE!" when the opponent's goalie was hurt. I may have thought it, but I didn't say it!!! Relax....the kid was fine!

When all was said and done, my son's team won 5-3 in an impressive first game and that is all that matters. Oh, excuse me. I meant to say all that matters is that they had fun (wink, wink).

Don't Fix it, Deal With it!