My local school district is phasing out the use of grades for students in elementary schools. First, let me say that as a former teacher AND a parent, I strongly believe in traditional grading for students. As a life lesson, I think children need to recognize that there are consequences for their performance in school which will translate into their work ethic as employed adults.  Is this just another tactic by our education system to "dumb kids down" or perhaps to just be politically correct and not hurt anyone's feelings?  Do we really just want our children to skate by?

I understand the argument that we don't want to discourage students at an early age. Honestly, I get that. But, that doesn't mean everyone is an A student nor is every child gifted - and THAT'S OK.  I can possibly be convinced to go to a rating scale of exceeds expectations, meets expectations, or below expectations for Kindergarten.  But beyond that, it's time to go up against your classmates and earn your advancement.

In a culture where schools aren't retaining students who need to be because it will look bad on their stats, we are creating a society where everyone believes they have the right to be rewarded for mediocrity.  We see this in children's sports and now we're seeing it in our academic world.  NOT EVERY STUDENT DESERVES A SCIENCE FAIR AWARD JUST FOR SHOWING UP WITH A PROJECT! 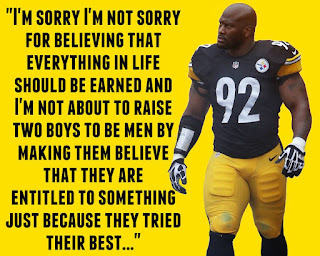 A little healthy competition is good for everyone.  Otherwise, we become a society of people that feel entitled to everything - oh wait, we're there already, aren't we?  I'm reminded of the scene in Breaking Bad where one of Walt's students asks him to cushion his failing grade with the two extra points needed to pass a test.  See what I mean about feeling entitled?  Walt replies with the suggestion that perhaps the student just needs to apply himself next time. Ya think?

Several years ago, a boy at my former school, was allowed to take reading class with the grade above his.  However, some teachers and administrators put an end to that because they didn't want the older students to feel bad that this younger kid was at their level.  To heck with them feeling bad.  Maybe if they see there is a reward for working hard, they might put a little more effort into their own studies.

My sons' school uses the controversial structure of Ability Grouping or "tracking."  Students are grouped by academic skill beginning in first grade. They adopted this policy as a means to avoid students getting frustrated.  If lower performing students are in a classroom with very advanced students, of course, they might feel a bit inadequate and give up (or act out!)  But, if they are in a classroom with students that are their equivalents, then all of a sudden, they don't feel badly about themselves. get more individualized instruction, and perform better. That's the theory anyway.  It seems to work.  As a teacher, I love this philosophy because the brighter kids can be challenged instead of being "kept busy" while the average and below-average students catch up.

As a mother of two boys who are above average, but by no means, super advanced students, I like that they have learned at an early age what it takes to do well in school and what our expectations are as parents.  I'm not quite sure what is wrong with our education system today.  It just seems that we are expecting more and more from our students, but, as a whole, our students aren't performing any higher.  The end to a traditional grading system, however, doesn't seem to be the answer.