Is High School the New College?

Last night we attended a high school showcase for all eighth graders and their parents to check out area high school programs. Gone are the days, at least in Florida, where children automatically attend the school in their neighborhood. No, here it is a huge decision (and process) as parents decide which school has the best "choice" or "magnet" program for their kids. 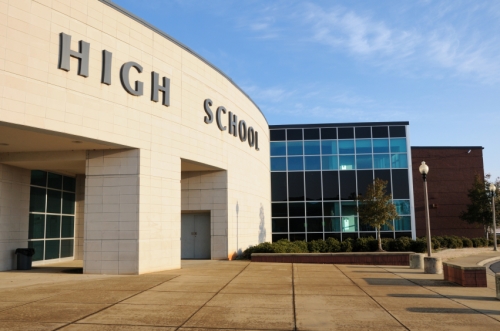 The school district, along with public charter schools and private schools, offer a wide variety of studies and are similar to college majors - because don't all 14-year-olds know what they want to be when they grow up!?  Courses of study are offered in pre-engineering, pre-law, pre-med (and every other "pre" you can think of), plus, performing arts, finance, science fields, you name it. My son wants a program in shop.  We had to explain that he is welcome to take electives in shop, but cannot major in it.  He was disappointed.  My sixth-grader took one look at the maritime charter school's brochure stating there is no school on Fridays and was ready to sign-up. As parents we need to reel our children in sometimes and make sure they aren't taking the easy way.

On the flip side of cruising through high school, some of the programs are so intense that students come home and spend hours each night doing homework. We walked right past those information booths.  Don't get me wrong, I want a good education for my children and want their high school studies to be a stepping stone to much bigger and better things, but I am not going to have them stressed out over it. I don't see any reason (except financially) to graduate high school with a two-year college Associates degree. I just don't think it is worth the stress I have seen some students suffer.

Unfortunately, it isn't as easy as finding the program you like and then enrolling. There is this entire application system which eventually trickles down to a lottery - which is both unfair and insane. When my oldest was going into middle school, I filled out applications for five different programs or schools just hoping he'd get selected to at least one of them (again, it is predominately lottery based).  He was accepted by all of them and we finally relinquished our seats at four of them and settled on the school he and my younger son now attend.

Honestly, I am not sure what is more daunting - researching / touring the schools and filling out the numerous applications and then waiting months for an acceptance or rejection letter - OR the mere thought that my first born is going to be starting high school next fall.  Either way, we discovered last night that one of our top choices is already conducting lotteries for NEXT school year. So I am given the task today of getting that application submitted. 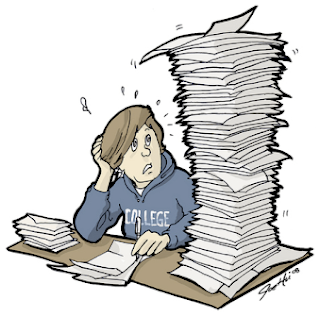 I am not kidding when I say the process is similar to applying for colleges - except without the essays (in most cases) and registration fees (thank goodness!).  All the programs have minimum academic requirements and some require auditions, testing, or interviews, but for the most part it is just a ton of paperwork.  It can take weeks even months. The one thing as parents we have to keep in mind is that we cannot live vicariously through our children. There is one performing arts school that my son has in his top two possibilities that I would have died to attend as a teenager.  But the overall decision has to be based on what is best for him (and not his mother's undying obsession with the stage).

Read more of  my blog here.